Most expect that President Biden's infrastructure plan will pass. The plan contains $174 billion in funding to promote EVs. Here are three stocks that could emerge as big winners from the plan: TM, HMC, and VWAGY.

The plan also allocates $174 billion in rebates and discounts for electric vehicle (EV) purchases and to increase the number of public chargers. The plan is targeting 500,000 public chargers by 2030 which is a significant leap from 72,000 today. It also seeks to electrify the federal fleet of vehicles and buses.

If the American Jobs Plan makes it through Congress, then it’s likely to pull forward the demand for EVs and accelerate the adoption curve. The quicker timeline for EV adoption hurts startups who still have to build out production capacity and distribution channels. In contrast, it will increase the chances of success of automakers like Honda Motors (HMC), Toyota Motors (TM), and Volkswagen (VWAGY).

HMC is just starting to get into the EV market with the Honda e. It’s drawn rave reviews from reviewers due to the battery’s 220 km range and ability to charge up to 80% capacity in 30 minutes.

This gives HMC an opportunity to compete in two of the world’s fastest-growing industries - EVs and AVs. The company should also benefit from a cyclical uptick in auto sales due to low rates, an improving economy, strong household balance sheets, pent-up demand, and years of below-trend auto sales.

The POWR Ratings rate HMC an A which equates to a Strong Buy. This is consistent with HMC’s favorable outlook and exposure to high-growth industries. The POWR Ratings are calculated by weighing 118 different factors. A-rated stocks have an average annual performance of 30.7% which compares favorably to the S&P 500’s 7.3%.

The POWR Ratings also evaluate stocks by different components. For Growth, HMC is rated a B. This is consistent with the company expecting 26% earnings growth and 11% sales growth in 2021. After years of struggling with weak demand, HMC will now have to deal with chip shortages that could slow production for certain lines. However, the production of these chips is expected to increase by the middle of 2022.

Currently, TM is considered a laggard in the EV race, although it’s increasing its investments in this space to prepare for the future of the auto industry. The company plans to introduce 3 new models later this year - two will be battery-electric hybrids and one will be a plug-in hybrid. In total, it plans to introduce 6 new models by 2025 and has been working on its own solid-state battery that it believes will deliver better performance than lithium-based batteries.

Toyota is the largest automaker in terms of volume with annual sales of 10.6 million. Thus, the company is going to benefit from the improving economic outlook which should drive a strong sales cycle for the auto industry. It’s estimated that 25% of cars on the road are older than 15 years. This also indicates some sort of pent-up demand for autos that should drive multiple years of strong sales growth.

The POWR Ratings are also bullish on TM as it has an overall rating of B which translates to a Buy. B-rated stocks have an impressive, average annual performance of 19.3%. This above-average rating isn’t surprising given Toyota’s better-than-average growth prospects and attractive valuation.

The company is also ranked high across various components. In terms of Growth, TM is a B. Due to the coronavirus which led to supply disruptions and less showroom traffic, sales declined by 11%. Yet, the POWR Ratings and analysts are expecting a strong bounceback in the coming years as sales are forecast to increase 16% and earnings by 34%.

While, Tesla (TSLA) is considered the leader among electric vehicles (EV), in some markets, it’s actually being outsold by VWAGY especially in European markets.

VWAGY forecasts that in Europe, EV sales will account for 70% of overall sales by 2030. It’s seeking to increase market share in China and the US as well. In total, VWAGY plans to invest €16 billion over the next five years to increase its production and variety of EVs.

VWAGY has an overall rating of A, which equates to a Strong Buy in the POWR Ratings system which is consistent with its leading position in EVs and the start of a strong sales cycle for autos.

VWAGY has a grade of A for Growth. The company’s growth potential is substantial given its investment in QuantumScape (QS), leading position in EVs, and expectations of a strong year for auto sales.

VWAGY is ranked #3 of 51 stocks in the B-rated Auto & Vehicle Manufacturers industry. In addition to the grades I’ve highlighted, check out VWAGY’s ratings for Value, Momentum, Stability, Quality, and Sentiment here.

How to Ride the NEW Stock Bubble?

Unlock the POWR in Your Portfolio!

TM shares were unchanged in premarket trading Monday. Year-to-date, TM has declined -0.19%, versus a 10.28% rise in the benchmark S&P 500 index during the same period.

About the Author: Jaimini Desai

Jaimini Desai has been a financial writer and reporter for nearly a decade. His goal is to help readers identify risks and opportunities in the markets. As a reporter, he covered the bond market, earnings, and economic data, publishing multiple times a day to readers all over the world. Learn more about Jaimini’s background, along with links to his most recent articles.

The post 3 Auto Stocks That Could Benefit The Most From Biden's EV Plan appeared first on StockNews.com

Get Email and Text Alerts for (OTC:VWAGY)

Get Email and Text Alerts for (OTC:VWAGY)

Market Wire News is a media platform, the information on this page was provided by StockNews.com via Quote Media. Read our full disclaimer. 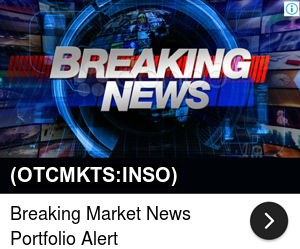