Stockpicker's Index Replaces 41.8% Of Its Constituents, Slightly Below Its Historical average

DENVER , March 22, 2021 /PRNewswire/ -- The Barron's 400 ETF (NYSE Arca: BFOR), a smart beta exchange-traded fund that seeks to track the Barron's 400 Index (B400), completed its most recent semi-annual reconstitution and rebalance on Friday, March 19, 2021 . Following the new stock selection, B400 replaced 167, or 41.8%, of its constituents, slightly below its historical average turnover of 42.2%. B400 was designed to give investors a means of tracking some of America's highest-performing companies based on the strength of their financials and the attractiveness of their share prices. Launched in 2007, B400 was jointly developed by Barron's, America's premier financial magazine, and MarketGrader, an independent equity research and indexing firm. In order to adhere to B400's growth at a reasonable price (GARP) investment philosophy and focus on long-term capital appreciation, the Index is reconstituted and rebalanced twice a year, ensuring B400 is composed of the top-ranked stocks from the universe of U.S. equities covered by MarketGrader's research, regardless of sector or market capitalization.

From a sector standpoint three trends stood out following the most recent rebalance, according to Carlos Diez , MarketGrader's CEO. The first was the increase in Consumer Discretionary names, which had a net gain of 19 companies relative to the September class. This is the highest allocation B400 has made to the sector in four years, since it maxed out its permissible 80-company cap in Consumer Discretionary names during the March 2017 rebalance. It also puts the incoming B400 class five names above the historical average of 71 Consumer Discretionary names per selection period going back to the Index's launch in 2007. "Such a large increase underscores the strength of the U.S. consumer and sets up B400 nicely to participate in the expected rebound in consumer spending as the U.S. economy continues its post-Covid thaw," said Diez.

The second noticeable trend from B400's new selections is the continued reduction in the total number of Industrials selected to the index, despite a brief uptick in September. The sector had a net loss of 13 names and its new 62-count total puts it seven names below its historical average of 69 companies selected per period. This is also the sector's lowest count since March 2011 , when MarketGrader had selected only 38 Industrials to B400. That sector, by the way had four consecutive periods of maxing out its 80-count exposure to Industrials between March 2018 and September 2019 .

Lastly, Financials were once again maxed out at 80 names, making this the 14 th consecutive period in which the sector reached its permissible limit. "The market seems to have finally recognized the fundamental quality B400 has found among Financials in the last seven years, with the sector among those leading the recent rotation out of large cap growth and into small and mid-cap value that started last semester," Diez added.

Forty-one companies were selected to B400 for the first time ever, with the five largest being Wayfair, Inc. (W), Peloton Interactive (PTON), Jacobs Engineering (J), VICI Properties (VICI), and Royalty Pharma (RPRX). On the other hand, 49 companies have been members of B400 for at least two years, with 12 having been selected to B400 in for five consecutive years, while 29 returned to B400 after an absence of at least two years.

B400's last effective rebalance date was September 18, 2020 and since then (through its most recent rebalance selection date on March 9 th ) it has gained 32%, excluding dividends, which compares favorably to the Russell 3000 Index, a benchmark of the overall U.S. equity universe, which gained 20%. The 163 companies that are being replaced had an average price return of 37% since the Index's last rebalance in September. They also had an average 14% drop in their overall MarketGrader score. The group's average overall score dropped from 63.6 to 54.4 (on a scale from zero to 100). On the other hand, the 233 companies retained by B400 will start the new rebalance period with an average score of 68.2, which is actually slightly higher than the Index's new average score of 67.6, despite scoring average price returns of 31% in the last six months.

The reconstitution has once again raised the fundamental health of the Index. This increase is a function of B400's design, which selects the 400 highest scoring companies listed on U.S. exchanges, every six months. MarketGrader's equity rating system assigns nearly all investable U.S. stocks a grade on a scale of 0-100 based on a proprietary combination of 24 fundamental indicators across four categories of fundamental analysis – growth, value, profitability and cash flow – picking the top-ranking companies for BFOR's underlying Index, after screening for size and sector diversification as well as liquidity.

For standardized performance of the fund and other important information about the Barron's 400 ETF (BFOR), please click here to visit https://www.barrons400etf.com .

Past performance is not indicative of future results.

About MarketGrader
MarketGrader is a Miami -based provider of independent global equity research and indexes that was founded on the belief that fundamental analysis and transparency are central to better investment decision-making. Formed in 1999, MarketGrader offers investors an online research service that aggregates financial data on publicly traded companies and analyzes them based on a proprietary quantitative methodology using 24 fundamental indicators across growth, value, profitability and cash flow. The company's GARP methodology is designed to identify consistent creators of economic value, as it believes such stocks are the best long-term generators of shareholder value. Since its first index was constructed in 2003, MarketGrader Indexes have provided an alternative to traditional market capitalization weighted benchmarks, selecting constituents based on fundamentals rather than size. MarketGrader Indexes cover Domestic, International and Global equities from a global universe of more than 39,000 companies in 94 countries, representing over $108 trillion in market capitalization. In 2007, MarketGrader created the Barron's 400 Index in conjunction with Barron's, America's premier financial magazine. Follow us on Twitter @MarketGrader and connect with us on LinkedIn. For more information, please visit www.marketgrader.com.

About SS&C Technologies
SS&C is a global provider of services and software for the financial services and healthcare industries. Founded in 1986, SS&C is headquartered in Windsor, Connecticut , and has offices around the world. Some 18,000 financial services and healthcare organizations, from the world's largest companies to small and mid-market firms, rely on SS&C for expertise, scale, and technology. Additional information about SS&C (Nasdaq: SSNC) is available at www.ssctech.com .

About SS&C ALPS Advisors
SS&C ALPS Advisors, Inc., a wholly-owned subsidiary of SS&C Technologies, Inc., is a leading provider of investment products for advisors and institutions. Headquartered in Denver, CO with over $14.9 billion under management as of December 31, 2020 , ALPS Advisors is an open architecture boutique investment manager offering portfolio building blocks, active insight, and an unwavering drive to guide clients to investment outcomes across sustainable income, thematic and alternative growth strategies. For more information, visit www.alpsfunds.com .

Barron's 400 SM ETF shares are not individually redeemable. Investors buy and sell shares of the Barron's 400 SM ETF on a secondary market. Only market makers or "authorized participants" may trade directly with the Fund, typically in blocks of 50,000 shares.

There are risks involved with investing in ETFs including the loss of money. Additional information regarding the risks of this investment is available in the risks section of the prospectus.

Russell 3000 Index is a market-capitalization-weighted equity index maintained by FTSE Russell that provides exposure to the entire U.S. stock market. The index tracks the performance of the 3,000 largest U.S.-traded stocks which represent about 98% of all U.S incorporated equity securities. 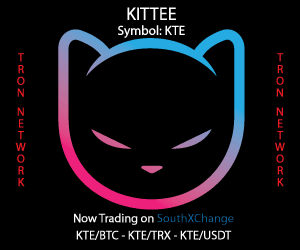