NewsNation, Nexstar Media Inc.’s wholly-owned news and entertainment cable network reaching 75 million U.S. television households, today announced an expansion of its live, national morning news programming with the premiere of “Early Morning,” a new one-hour cable news program debuting Monday, June 27, at 6 a.m. ET. Mitch Carr will anchor the broadcast and Emmy-nominated cable news veteran James Holm will serve as executive producer. Following the addition of “Early Morning,” NewsNation will offer a total of 86 hours of live national news, analysis, and talk every week - more than double the number of news hours on the network at its launch in September 2020.

“We are excited to have Mitch Carr kick-off our mornings with a fast-paced and informative news hour,” said Michael Corn, NewsNation’s President of News. “With James Holm leading the team, I’m confident ‘Early Morning’ will resonate with viewers, as NewsNation continues its expansion to become a 24/7 cable news network.”

“Given Mitch’s passion for breaking news, ‘Early Morning’ will bring viewers the stories they may have missed overnight and update them on the latest developments in ongoing stories from the previous day,” said Mr. Holm, who most recently led news programming at the Black News Channel and previously served as an executive producer at MSNBC. Mr. Holm began his career in radio in Fargo, North Dakota, where he was an executive producer for a nationally syndicated talk show.

Mr. Carr joins NewsNation from 12News in Phoenix, where he worked as a weekend anchor and reporter for three years. Prior to Phoenix, Mr. Carr covered the aftermath of Hurricane Florence in North Carolina for WRAL-TV. Previously, he worked as the Sports Director at WRIC-TV in his hometown of Richmond, Virginia. A graduate of the University of Miami, Mr. Carr double majored in Broadcast Journalism and Spanish, and studied abroad in Mexico City and Viña del Mar, Chile. He is fluent in Spanish.

NewsNation is a national news and entertainment cable network reaching 75 million television households across the United States. Formerly known as WGN America, the network is owned and operated by Nexstar Media Inc., a wholly-owned subsidiary of Nexstar Media Group, Inc. (NASDAQ: NXST). NewsNation is America’s source for unbiased news, where engaged citizens get news that represents the full range of perspectives across the country. The network draws on the local market, regional and national expertise of Nexstar’s 5,500 local journalists in 110 local newsrooms across the country. NewsNation is available across a variety of cable and satellite providers, streaming platforms, online, and on the NewsNationNow app.

Get Email and Text Alerts for (NASDAQ:NXST)

Get Email and Text Alerts for (NASDAQ:NXST) 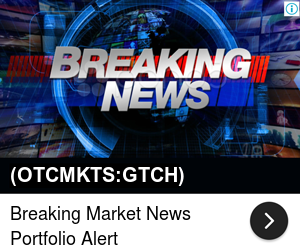