DWAC Stock Alert: What Is Going on With Digital World Today?

As February approaches, the U.S. is still waiting to learn when Truth Social will launch. Former President Donald Trump’s social media platform has drawn considerable attention amid rumors that it will launch on Feb. 21. Anticipation has been mounting for weeks, but the Trump Media & Technology Group (TMTG) has not confirmed a launch date. Until more details are revealed, Digital World Acquisition (NASDAQ:DWAC) is left to the forces of the market. TMTG’s blank-check partner has seen some turbulence of late. Today, though, it is back to trading in the green. As it turns out, the company may have some good news that is sending DWAC stock up.

Following a strong start to the day, DWAC stock is up more than 4%. It began slipping last week and despite rising today, remains in the red for the week by 22%. The stock’s early January growth, though, has it up by more than 30% for the past month.

Why did the special purpose acquisition company (SPAC) partner of Truth Social suddenly find positive market momentum? TMTG is employing a popular digital media marketing tactic — recruiting influencers. Axios reports that the team behind Truth Social has been reaching out to internet influencers, asking them to “reserve their spots” on the platform.

It’s hardly surprising that a company launching a social media network would be employing this technique. One thing about this stands out, though. Trump is known for plastering his name on everything. The emails obtained by Axios, though, do not mention his name or any type of affiliation. The person reaching out on behalf of the TMTG did not even include a last name.

Investors also may view the influencers targeted by TMTG as odd choices. Among them are popular food blogger Jeremy Jacobowitz and travel writer Gillie Houston. Both influencers have been vocally anti-Trump. Referencing this influencers, Axios posits this could be a way of garnering more widespread support.

As previously noted, DWAC will keep rising as long as the hype around Truth Social continues. Until the platform launches, they trend of Trump trades won’t die down. While the recent influencer campaign may not line up too many influencers, it is keeping the stock elevated in the media. The email pitch also named “February or March” as the time of launch, indicating that the TMTG still isn’t sure when the platform will be live. This uncertainty could keep social media momentum strong.

Until it does launch, we’ll keep seeing DWAC stock trade well in the short term. As we wait for the launch, there are several other social media stocks that investors should be watching. While the long-term future of DWAC stock is dependent on Truth Social’s success, investors can relax for now.

On the date of publication, Samuel O’Brient did not have (either directly or indirectly) any positions in the securities mentioned in this article. The opinions expressed in this article are those of the writer, subject to the InvestorPlace.com Publishing Guidelines.

The post DWAC Stock Alert: What Is Going on With Digital World Today? appeared first on InvestorPlace. 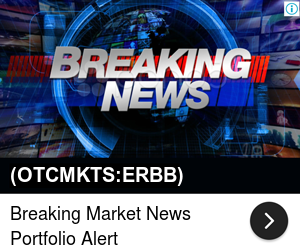