The North American Connected Rail market is dominated by domestic manufacturers such as Cisco (US), IBM (US), Wabtec Corporation (US), Trimble (US), Sierra Wireless (US), and CalAmp (US). The US government, in an effort to increase the safety and security of the country’s railways, has instituted certain mandates, which, in turn, has resulted in increased R&D by local and international railway rolling stock and technology manufacturers. The increasing use of technology in railways presents several opportunities for connected rail technology manufacturers. In May 2021, Siemens announced the acquisition of RailTerm, a Canada-based rail service provider. This acquisition will help the company expand its product portfolio of on-ground track and signaling, electrification, and communication systems. The major growth drivers for the market in the region are the increasing number of projects focused on upgradation and the construction of freight infrastructure and high-speed railway lines.

The European Rail Traffic Management System (ERTMS) is one of the biggest European exports and is the most widely accepted train control system in countries such as China, India, Taiwan, Saudi Arabia, and South Korea as of 2021. There have been major innovations in the European railway industry, such as automatic systems for obstacle detection, medium frequency traction transformers, energy storage technologies, improved regenerative braking, satellite-based positioning systems, hybrid and diesel-electric technologies, and the use of lightweight materials. In October 2021, Deutsche Bahn (DB) and Siemens Mobility developed the world’s first automatic train, which is fully automated and controlled by digital technology and needs no human interference. This development is the part of Digital S-Bahn Hamburg project.

Asia Pacific is expected to have fast growth in the Connected Rail Market, due to the increasing adoption of new technologies, rising investments for digital transformation, and growing GDP in Asia Pacific countries. A majority of the potential economies in the region include China ,Japan and India, which are said to rapidly invest in technological transformation. The high population growth rate in the region has intensified the need for transformation and expansion of the existing rail infrastructure. In a more recent development in Asia, China opened its first privately controlled high-speed railway in Zhejiang province in January 2022, which will be a promising example for private capital to invest in the nation's railway sector and also be a testament to growing investment in the rail infrastructure.

Government regulations in the Middle East & Africa region are stringent regarding the use of the internet, media, publications, surveillance, and monitoring. Rapid urbanization has caused the population to migrate to cities and towns. These trends have led to a rise in problems of traffic congestion and high traffic volumes. Population growth in the Middle East has impelled the governments to develop all sectors of the economy, especially transportation. Government regulations and investments in rail technology drive the Connected Rail Market in the Middle East & Africa. Some of the major market players operating in this region are Trimble, Hitachi, Siemens, IBM Corporation, Cisco, Wabtec Corporation, Tech Mahindra, Calamp, Nokia, and Huawei. The growing population in the region is a key driver for the growth of railway infrastructure.

The Rest of the World (RoW) region includes Brazil and Iran. The factors contributing to the growth of the Connected Rail Market in the RoW include the growing demand for safety and security, the rising population, and a shift in economic growth. The rail network in the region is set to almost double in size in the coming decades, while the metro, tram, and monorail track lengths are expected to increase tenfold. Countries in this region are taking initiatives to develop connected transportation, including road and rail. In 2019, Sierra Wireless acquired Sagemcom’s M2M business, which will significantly enhance Sierra Wireless’s market position in key market segments, including payment, transportation, and railways, as well as provides geographic expansion into Brazil. In December 2021, the government of Brazil announced an investment of USD 50 billion for the construction of 9 railways which will expand the country’s rail network by 3,506 km.

Market Wire News is a media platform, the information on this page was provided by amitchate via Quote Media. Read our full disclaimer. 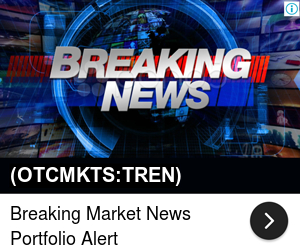